We all know that the English word 'LOOT' means plunder or rob.But what we don't know is that this word came into English from the Indian language Hindi 'LUT' which means the same.It was the British East India company that facilitated such an introduction of the new word in English vocabulary  in the 17th century.And understandably so!The British East India company was doing exactly that in India in short-looting the Indian people and resources!!
In fact it was not British Govt that seized and colonized India initially but a private company formed in 1600 run by a handful-less than just six permanent staff for the first 20 years and 35 for first hundred years- from a small office building in London.How did that happen?How did a company formed to trade in spices,silk,salt,pepper and the like using few rented ships have security forces double the size of British army? How did a company which made money smuggling opium to China  bring down magnificent empires, some even greater than British Kingdom which existed in India those days?
I have had the opportunity to mix and interact closely with hundreds of British nationals and British firms mostly on business during my corporate career in Doha.I have to admit that most of them were good, if not better in business deals comparing to international standards.But why that trait didn't show up in business deals of  erstwhile British East India Company with Indians years back?
If a single person and single event can be attributed to be responsible for  establishment and success of British East India Company, it is Robert Clive and Battle of Plassey respectively.And how... by treachery.And I would love to share those facts lying in the dustbins of history with my readers which are not much known ..... 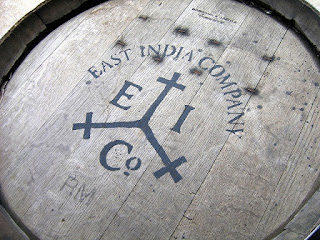 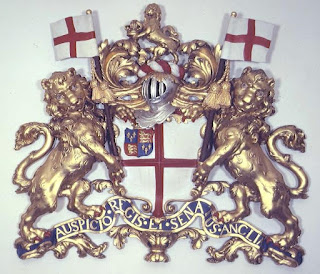 Robert Clive...the clever sociopath....the meteoric rise of his career!
British historians confirms that Clive was a sociopath. One who is having social personality disorder by medical terms but in simple words a hard core manipulator, a thief.I don't know whether the British are using such decent terminology to white wash those huge treacherous activities he committed or not, but it is a fact that the British got control of India and British Govt ultimately  prospered due to this evil man.
As a student, Clive was a despair to his teachers, it is recorded.He moved from from one school to other for the same reason until at a tender age of 18 he was sent to join in the civil service of British East India company by his family!It was in a junior clerical position as a Writer, at Madras in 1743.He was not a racist.It is recorded in history that he used to enjoy,betel chewing and supari, a practice of native Indians and visited brothels of native girls like most of the junior staff of the company!!To his credit, he also started spending hours in the library of the Governor General and educate himself.In spite of being selfish and unscrupulous, he was credited with good intelligence, fearlessness and excellent managerial traits- ability to get things done and inspire others!!!
Right from the position of a clerk, Robert Clive became Governor of Bengal, Commander-In Chief, and Viceroy in the hierarchy of British East India company in 1757, within a short span of 14 years, nothing short a meteoric rise from the position of a Writer, who was earning just 5 pounds per annum.
It has to be particularly mentioned that Bengal was richer than Britain itself in that time!I still remember my first visit to have a view of Buckingham Palace, London years back.I was terribly disappointed to be honest, because India has innumerable palaces all over the country...many folds grandeur than that.
Clive becomes the richest person in Europe!
Once he was in command in India,he used to regularly ship to Britain the bribes in kind, artifacts he had looted as spoils of wars he fought and won by treachery and betrayal !Along with those, he used to amass wealth in gold, money by huge bribes,gems to become  as one of the richest in the whole Europe by the time he returned to Britain for good in 1767!!
British Govt showers accolades to Clive....
Regardless of the crooked ways, having no parallel in history which  Robert Clive made it possible, British Govt recognized the contributions to make the empire conquer India!
He was made Lord Robert Clive, the Baron of Plassey. A drop out of school, Clive was awarded honorary degree as Doctor of Law- DCL- from none other than Oxford University! He was made a Fellow of the Royal Society-FRS- which is 'dedicated for promoting excellence in Science for the benefit of humanity' to this day!!!! And Mayor of Shrewberry, where a statue of his still stands!!Clive was knighted and made an MP till his death!!There could be more honours...
But.... the tragic end!
Robert Clive was hoping for a peaceful retired life basking in all the glory and wealth he had looted.But destiny had something else in store for him.
Many of British aristocracy never accepted him as equal in spite of his position as Baron, may be because of jealousy that this man became much richer than them.In 1769 and 1773 there was great famine in Bengal during which one third of the population perished.Few in the British parliament criticized that the disastrous ill effects of the famine was due to policies of the British Govt in Bengal for which Clive was directly responsible.The vote which followed in parliament surprisingly  fully exonerated Robert Clive and his actions!But Clive had bouts of depression in the following years.He had become addicted to opium.
On 22 November 1774, Clive committed suicide.British Govt declared about his death without conducting an inquest but not mentioning that it was a suicide !!He died at the age of 49 without a chance to live in a palace he had built with some of the  loot from India!! 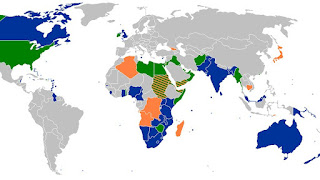 Tail piece- British Commonwealth to Commonwealth of Nations
British Common wealth of Nations , created in 1926 is an association of  independent nations which were British colonies except one which is Britain! India joined in 1947.Name 'British commonwealth' was officially adapted to describe such a community and not because Britain took all the wealth from those colonies, though a fact!
In 1949 India decided to be a sovereign republic from following year.By existing laws India should have discontinued being a member.Heads of other member countries and King of England himself wanted India to remain in the group.May be they did not want to loose India which was jewel among the colonies in the crown.In the same year  new rules were set to allow India to continue dropping the tag 'British' from British Commonwealth to simple -Commonwealth of Nations.But India was outwitted, in my opinion, to agree that India , along with other member countries will continue to accept British crown as 'symbolic' Head of the association!!What for I don't know!
Among all the colonists of the modern world-Spanish,Portuguese, Dutch,British,French,Japanese..I am of the opinion that the British are the cleverest.In spite of the fact that they could steal all the wealth of India for 200 years , they could still smile and shake hands with Indians when left for good.And still remain as 'symbolic' boss even after 73 years of independence!!That's a political shrewdness I have to admit!!
Images: Courtesy Google.
_______________________
Posted by Chacko at 11:15