I consider myself a prosperous man, if the number of my official meetings and close interactions with hundreds of multiple nationalities from all around the world is the basis of such an assessment. I should profusely thank the State of Qatar and Al Balagh where I had been working for attaining this status. I got a right platform at the right time to which so many international executives had been flocking around to take advantage of the oil boom. Every time, every day there was something for me- an observant student- to learn, improve or correct myself. The process was never ending... which persisted for more than three decades.

My perspective towards life also might have been influenced by these close interactions, which started as unexpected challenges but ended up as a boon ultimately in my career and life ! I got many chances to review the competency of Indians and Indian products as  compared to others during this period. I also consider myself lucky to have traveled widely in the world, both officially and otherwise and got thoroughly exposed to the world.

Having said this, when it comes to the traditional skills and craftsmanship like in black smithy, gold smithy ,carpentry and joinery , stone masonry and the like, I can categorically note that Indians are the best in the world- past or present. With all due considerations for Italians, Greeks, Chinese or others in the world, as it  stands today, there is not even a close consistent second I would say from my first hand professional exposure in construction sector. In acquired skills from an institute like plumbing, welding, electrical, electronics, machinist, AutoCAD, IT and other engineering skills also Indians are comparatively very good. I am limiting to the skills of Indians in engineering fields where I am exposed and left other areas like Medical, Commercial, Banking etc..where Indians perform well but I have to depend on statistics than first hand information.
This is one of the reasons why so many Indians are seen in the Middle East for the last 30-40 years, a region where hectic construction activity is going on. Not just because they are cheap to be hired. All the Arabs in the Gulf region and others in the Middle East know this and their contributions to the region but sadly Indians esp Indian Government Officials and politicians , I am afraid, have not realized this fact yet, or are poor in marketing and  taking advantage of the situation. Instead the poor lot is rather exploited in many cases. And this is not limited to white collar or blue or gold but all jobs with different coloured collars!

Diplomatic Club....
Al Balagh got a chance to build Diplomatic Club, Doha - a building with traditional Qatari design features having modern club amenities- in 1998.Under the Ministry of Foreign Affairs, this was the first structure to come up in the newly developed area of whole west Bay in Doha, Qatar. If I borrow the words of the owners of the club now as written in their website, it is a building of 'Quality and extravagance infused with a rustic Middle Eastern charm'. The second building to come in that area is Ritz Carlton.Pl browsehttps://www.thediplomaticclub.com/virtual-tour.html
It was a challenge for us at that time - to make a dream come true in engineering skills. I took a bold step from my own cue on the quality of traditional Indian craftsmanship in engineering fields and recruited them exclusively for the specific purpose. Thanks to them and supervising staff, the building came out exactly what Ibrahim Jaidah, the famous Qatari architect had in mind....it stands loud and clear to this day in Qatar. Quality and delivery of the project took the company altogether to new levels once completed. 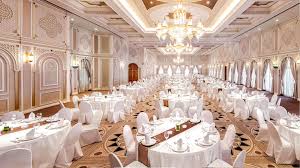 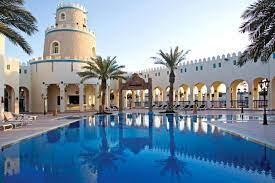 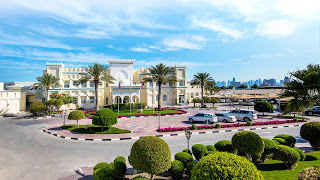 What's in colour of a collar?
White collared shirts were very popular in US in early 1930s among office and administrative workers. It was an US writer politician named Upton Sinclair who coined the term 'white collared' for the first time. Whereas workers who used to do manual jobs preferred to wear blue denim clothing not to show the dirt easily were called blue collared workers. Other colours are not popular as these two but I think it is prudent in this context to know about different types of jobs classified by the colours of the collars.
Gold collar: Highly skilled and high in demand. Surgeons, certain class of engineering consultants, limited number of lawyers and airline pilots come in this category.
White collar : General office workers and employees in management, non manual  knowledge intensive jobs.
Green collar: Employed in environmental sector.
Red collar : Government workers.
Blue collar: Manual labourers.
Black collar: Coal miners, oil workers etc. Artists, graphic designers, video producers also come under this these days as they are stuck to black attire.
Pink collar : Workers belonging to service industry, waiters, sales persons and the like.
Orange collar : Prison labourers.
Scarlet collar : Sex workers.
Steel collar : Robots.
Grey collar: Elderly workforce working beyond the age of retirement.
No collar: People like artists who work not for payment. 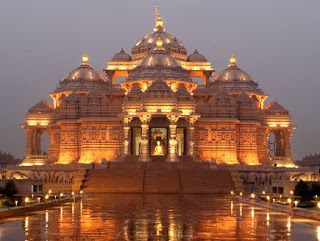 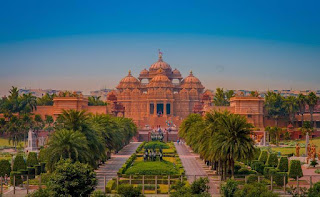 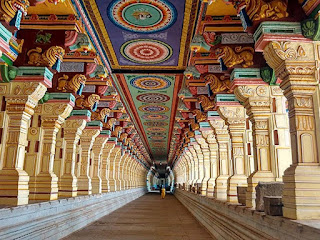 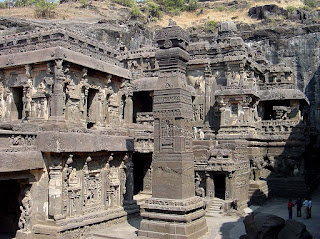 Ellora cave carvings from solid rock- 6th century
And why quality of craftsmanship among Indians better?
Quality of Indian workmanship is deeply rooted in history. For the last 5000 years or so, since 3000 BC it is so evident, as seen in the Harappan civilization. And the special skill is handed over traditionally between generations than acquired. Not just limited to Taj Mahal which is mostly publicized , all one should do is travel across India. Let it be any state in the country -north or south, east or west one cannot miss those marvelous and incredible ancient, not so ancient and modern structures mostly Hindu and Buddhist temples built before many centuries which are yet to be known to the world.
Built with indigenous technology and work force these buildings stand outstanding to date all over India, compared  to those in Greece, Rome , Egypt, Istanbul or Iran (Persia) or China. Buckingham palace which is showcased at London is nothing compared to many palaces in India, allow me to state with due respects to the British and others.
photos : Courtesy Diplomatic club/Google.
Posted by Chacko at 10:25 15 comments: