FOR THE LOVE OF COFFEE...FROM PADRE FRANCISCO ROMERO TO JUAN VALDEZ.

Which country has the best coffee in the world? I am not an expert in the field but still I would say it is Columbia (arguably) from authentic  statistics and unbiased information available  on the subject. The Columbian landscape provides the perfect natural environments for growing coffee along with its climate among 80 countries which grow coffee. The quality of coffee is influenced also by a variety of factors such as soil, altitudes above sea level etc. making Columbia filling up 15% of world consumption by its own Arabica.

But what interests me are two factors - one historical and the other commercial -which influenced Columbia in its production of Coffee beans. First is about Francesco Romero who was a Jesuit priest visiting Columbia in  18th century. Having convinced himself about what  wonders coffee could do for the people and the country , he used the most unethical religious method to spread coffee plantations among people who were reluctant to plant coffee beans!

Second is how Columbia professionally marketed its coffee to reach the world by inventing and promoting a fictional Columbian coffee farmer named Juan Valdez with his mule since 1959.Both are incredible but true.... 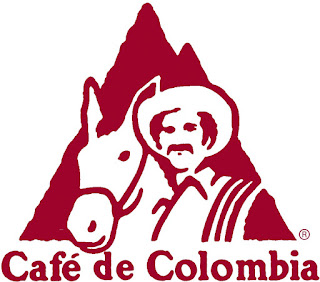 It started with a Jesuit Priest named Francisco Romero from Spain visiting the country in the 18th century. Coffee had reached Columbia before that but the farmers were reluctant to plant them considering the fact that it takes not less than 5 years for the coffee plants to bear fruits for the first crop. Pretty long time for the poor farmers.

Having convinced about the development coffee plantations can make in the families and society under the best climatic environments ideally suited for coffee to grow, it is believed that this priest did a trick with the believers. Instead of the usual penance at confession in the church he told them to plant coffee plants!!He promised them in the name of God that the sins will be absolved in exchange!!The penance could go between 100 or 1000  bushes depending on the seriousness of the sin made. 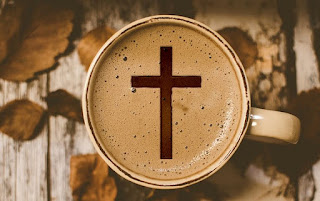 This reminds me of 'sale of indulgences' by Pope Leo X in 1517 for raising funds to build St Peter's Basilica at Rome! While this act resulted in the movement of Reformation by Martin Luther and finally leading to split of the church, the act of Francisco Romero made a positive revolution for Columbia. As a priest he was in all the places of Columbia but he started promoting cultivation of coffee at Salazar de las Palmas. Within a few years after the death of Francisco Romero in 1865, Columbia started exporting coffee!!

What Juan Valdez with his mule Conchita did..

National Federation of Coffee Growers of Columbia as early as 1959 started taking steps to take Columbian Coffee reach the international market. They entrusted the famous US ad firm named Doyle Dane Bernbach (DDB) for this purpose. Thus the fictional coffee farmer Juan Valdez was born at Manhattan, NY created by William Bernbech, the founder of DDB. Juan Valdez was also given a companion which was a mule named Conchita. Valdez and Conchita shook the minds of American coffee lovers. Just 5 months after the first Juan Valdez commercial was introduced in US, the sale of Columbian coffee there was increased by a whopping 300%, to the astonishment of even DDB. Within few years it became a household name in America! 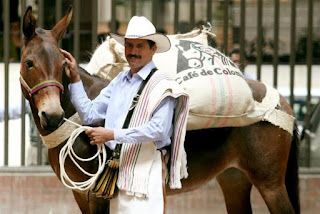 Initially the role of Juan Valdez- dressed in the classic outfit of Columbian coffee region- was played by a Cuban named Jose Duval. He was succeeded by Carlos Sanchez from Columbia till 2006.Now it is done by Carlos Castaneda , an actual coffee grower from Columbia! Juan Valdez is always seen with his pet donkey Conchita carrying two bags full of coffee beans on its sides. Such animals are favorites in the hilly coffee regions of Columbia as companions of farmers.
There are hundreds- over 335- of Juan Valdez coffee shops in Columbia and around 150 abroad. There is one at Katara Cultural Centre at Doha, Qatar but not in India yet I presume. They may be thinking that all Indians are 'chai' lovers but south India especially Chennai could challenge this belief!
No wonder that coffee became the second most consumed beverage in the world after water!
_______________