AMBERGRIS...FLOATING TREASURE OF THE SEA.

To be honest I would not have come to this topic but for the smugglers in my state. Some of them were booked for smuggling Ambergris recently which made me focus more on this substance. I don't know whether to thank the smugglers or the media which covered the incident but I now know  about something which even the ancient Egyptians knew of! I don't know how I couldn't remember about it when I skimmed through the book 'Moby Dick' by Herman Melville years back!

Amergris is referred to as whale vomit generally. Scientifically it is excreta of whale than the vomit, I understand. And it floats around the seas where sperm whales are found but limited to only less than 3% - could be 1 in 100-of such whales produce this substance. Ambergris is considered to be one of the strangest natural occurrences. Mostly around a tennis ball size. It is used to make medicines and perfumes although for the last many years alternatives founded in a lab is used. This makes the aroma of the perfumes last long. But what makes it most sought after is its price- above $ 25000 a kilogram!!That's a whale of a money! 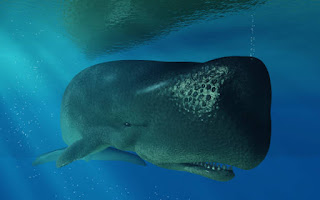 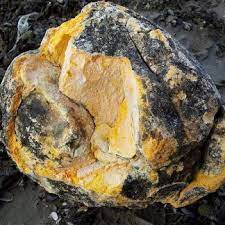 The origin...
The origin of the word 'Ambergris' is derived from Arabic language. The word 'anbar' in Arabic means a sperm whale. In the simplest way to put it , it is a whale poo. It smells very bad when excreted but over the years Ambergris turns  into a sweet smelly rock!
There was a time when people wondered about the origin of this substance seen floating in the sea. The Chinese thought that it was dried saliva of the Chinese dragon! Some thought it was fish liver, a tree sap or even precious stone! Seals and crocodiles were subjected to prejudiced stories with Ambergris. Anyway the earliest perfumes made of Ambergris comes from Spain when it was under the Arab occupation. It is generally found in the  Atlantic and Indian Oceans.
In 2006 Rober Clarke , a biologist coveted that as the whale eats a lot of squid beaks which is then accumulated into the intestine of the whale which in turn forms as finally Ambergris is scientifically accepted as a logical explanation. Hence Ambergris cannot be cultured or cultivated like in the case of pearl.
Ambergris in history...
Ancient Egyptians as well as Arabs used it as incense. During outbursts of plague in Europe in the 14th century , many rich used to hang in their rooms containers with Ambergris. King Charles II of Britain used to eat Ambergris with eggs in the 17th century. Marie Antoinette, the Queen of France  just before French revolution loved it to go with her hot chocolate drink! Her ancestor King Louis XIV drank it in his healthy broths!  In the Gulf states it is thought to be a sexual performance enhancer.
Some of the most expensive  perfumes are known to have contained Ambergris...Chanel, Gucci, Givenchy... to make the fragrance last long! Although these days synthetic Ambergris is used, some professionals say that it can never be compared with the natural predecessor. Some of the most expensive cigarettes also use Ambergris tincture to have a pleasant smell as one smokes! 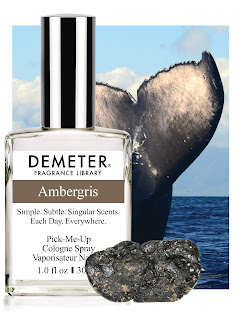 Bermuda colonization....
The first English men who arrived in the island of Bermuda were those- almost 150 of them- who came out of a ship wreck due to a hurricane in 1609.It was the vessel named 'Sea Venture' which was on the way to the US land of Virginia. In fact this episode only made William Shakespeare write his famous creation named 'The Tempest' in 1611!
To their utter surprise they could find large chunks of Ambergris on the shores of Bermuda it is recorded. Whether such a finding invoked the British to colonize Bermuda is not known for sure but must have influenced them to do so in the following years!
CITES....
In India, UK  and many other countries of the world, all species of whales and dolphins are protected by law. But at the same time the convention on International Trade on Endangered Species of Wild Fauna and Flora(CITES), a UN body having 183 countries as members consider Ambergris as waste product of the sperm whale that occurs naturally, making it legal to collect them from the beaches of seas but cannot be sold!
_______________________
Posted by Chacko at 07:03