BEYOND THE BLUE SKY AND GOLDEN HILLS OF CALIFORNIA....

All of us know the good old story of Sir Issac Newton and the fallen apple which given us ultimately the Theory of Gravity.In the same way one Frank McNamara was hosting a dinner with his business clients in a restaurant in New York.He felt embarrassed when he realized at the end of the dinner that he had forgotten his wallet to make the payment. McNamara who was the Co Founder of Diners Club thought of a multi purpose charge card to avoid similar situations in future. Thats how the first credit card was rolled out in the world.That was in New York in 1950!

I never thought a small informal chat recently with Reeba, a young family friend of ours in Doha will land me up in trail of evolution of credit cards which we all use all the time.When she said that she is currently undergoing some sort of a specialization course on credit cards conducted by a British Institution,she has aroused my enthusiasm to learn more on the subject.

Back to McNamara of Diners club.His first card- charge card- which was introduced to cover 17 restaurants in New York grew in number... met with initial success.In spite of this he sincerely thought credit cards were just a fad!In 1952 he sold his share in Diners club just for $200000!! Unfortunately for McNamara credit card was not a fad.Around the world now there are more than 10000 credit card transactions made every second!!Join me to the the world of credit cards....it is not drab as it looks ...it is more than interesting. 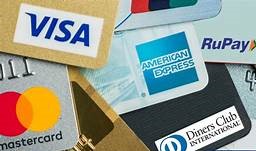 Idea of a novelist...
Credit card is something you get from your bank with your request or even without it these days.Bank's keenness  in issue of such a card is understandable since credit cards are one of the most profitable sectors of the banking industry.It is so easy that you need not sign on their agreements -instead you automatically agree to their terms on first use of the card which runs to several pages-new card is delivered at the earliest!The competition among the banks in this matter is so stiff that some banks issue such cards on the same time a new account is opened with a new bank!!Actually the issuing companies of the credit cards want to limit the use of the cards with an expiry date but compelled to have one in order to accommodate the fact that the magnetic strip on the card has only a life of 3-4 years.

US has contributed the most in creation of credit cards which we use today, than all other countries put together! So also now it is the first country it is mostly used followed by Sweden,Canada and UK!! Interestingly, the term 'credit card' is first used in this world not by a banker or an economist but a writer.Edward Bellamy in his Utopian novel named 'Looking backward 2000-1887' has used the word credit card many times albeit  for spending than borrowing in 1888.

Having said about Diners Club,I have to mention about John Briggs, a banker from New York also who successfully introduced a charge card in 1946 which was known as 'Charge-it'.The user had to have an account with his bank while the bill had to be cleared at the end of the month.

Creator of VISA card lost his job?
To best of my  knowledge on the subject,American Express and BankAmericard have introduced their first credit cards in the same year 1958.The name of later was changed to VISA in 1976 which stands for Visa International Service Association.I am sure only very few may be aware that the blue and gold colors in the first VISA logo represents the blue sky and golden hills of California where Bank of America is born!

It was the brainchild- or at least he was instrumental- of an employee of the bank named Joseph P Williams that Bank of America produced their first credit card BankAmericard. He was Senior Vice President of the bank who was in charge of products and approaches at that time and the card was the first credit card in the real sense of it. Within a year or so, frauds related to credit card caused many problems for the bank which initially lost$8.8 million.And Williams who had launched the idea of credit card had to resign on his own or situation around him forced to leave the bank!!Being a corporate man myself I can fully fathom that unfortunate situation albeit it looks odd and unfair when someone makes a postmortem of the whole scenario.Thankfully his career after the incident was not that bad. He formed  Uni Serve corporation in 1962 buying credit card operations of Chase Manhattan Bank which he could sell to American Express in 1965!New York Times announced his death in 2003 as "JP Williams, 88 Bank card creator, Dies"

The most popular...expensive...glamorous cards around the world
Visa seems to be the clear winner in popularity in the world which is leading in 123 countries.MasterCard and American Express follow suit internationally while the later is the most popular in US.There are quite a number of other cards- all American- like Discover,Citi,Capital One,Bank of America,Chase.....

Most expensive credit card in the world is recorded as Sberbank Visa Infinite Gold card from Kazakhstan!The card is made of pure gold,diamonds and mother pearls costing $100000!! 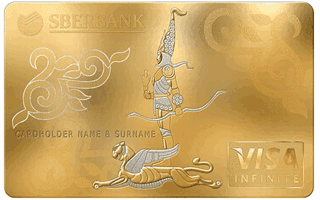 Among the glamorous- millionaires- credit cards could be Chase Sapphire Reserve,Ink Business Preferred credit card, American Express Centurion card,JP Morgan Chase Palladium Visa,Dubai First Royale Master card,Coutls Silk ....the names can be more but all based on American brands.Most of these cards extend the membership by invitation only based on high net worth.

The field of credit card is all American with little room for others including European ones, basically because living on credits is not a popular idea elsewhere than US.China came to the field in early 2000. UnionPay card is the most popular in China but is said to be ahead of Visa and Mastercard based on total value of payments transactions in the world.Japan has JCB while South Korea has Bc card.

Rupay cards....
India which aspires to be a five trillion economy not far, entered the world of credit cards very late as in 2014.Rupay card which is product of NPCI-National Payments Corporation of India has already made a headway with 30% market share over Visa and MasterCard  in India which currently heading for a fair share in the international market.

Parameters of the cards.....
I was also trying to research further  on the size whether it is so determined to fit into a wallet or purse or anything similar like the modern rail road track width derives from a Roman chariot.It is not.

Size and shape of any credit card- credit, debit,ATM or other payment cards inclusive- is the same as we all have noticed. 85.60mm*53.98mm to be precise with rounded corners.Even radius for those curved corners are specified, so also thickness!Then who specifies those physical parameters including details of magnetic stripe and computer chip of this plastic money?It is ISO/IEC.ISO stands for International Standard Organisation while IEC stands for International Electrotechnical Commission. In fact all such cards have to comply ISO/IEC 7810.2003.

Credit cards numbers conform to the Luhn algorithm, which is named after its creator Hans Peter Luhn who was an IBM scientist.

Tailpiece...
A common clause in the terms and conditions is that the cardholders waive their right to sue the credit card company! Many cards operate on zero liability policy!!And the card holder automatically agrees to all these clauses with the first use of the issued card without signing on any paper!!!

I am sure that millions of card holders while they enjoy the credit cards  are not aware of the these hidden clauses...or even if they come to know, they might ignore for the convenience and instant personal credit they are offered in the modern world.