It is only hardly three weeks since hurricane Matthew devastated Haiti,the Caribbean country.Matthew vented out his fury at Florida,North Carolina and few other places in US as well before he faded out.

Matthew whipped up strong winds with a speed of 177 km per hour for 7 days in a poor,ill equipped country as Haiti which culminated in over 1000 dead while tens of thousands lost their homes and properties.Many died due to epidemic of  cholera which followed!Even now the malnourished country is not back to what it was as one can see the 'stampedes' of locals for getting food and other help from UN marked trucks.Matthew was equally furious on US in places like Florida and North Carolina but the country was better equipped to withstand such calamities.In spite of this 20 died while thousands lost their homes forcing them to shift to schools etc.

I know that Caribbean Sea and surrounding region is prone to such hurricanes. But what I have noticed is that most of such ravaging storms have female names.I am sure that nobody might have forgotten the infamous Katrina.But how come now a male has come to the field?Who is naming these natural hurricanes?And who decides the gender?Why they pick up christian names? Please read..... 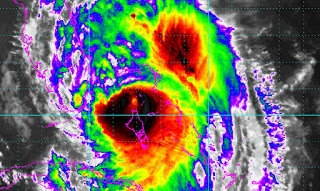 Hurricane,cyclone and typhoons..
I am sure that most of us do not know the difference of these terms.Amazingly there are no differences since different names are being used for the storms in different places of the world.In the Indian Ocean and South Pacific we use cyclone while in Northwest Pacific it is known as Typhoon.In Atlantic and North East Pacific it is hurricanes.

All of us know about Richter scale for measuring earth quakes but many may not be aware of Saffir-Simpson scale for measuring the intensity of a storm since the later is introduced to the scientific world only in 1971.As per this scale each storm is classified in 1-5 categories, category 5 being the most intense.Infamous Camille(1969) and Katrina(2005) were in the category 5!I think Matthew was 4.

Why a hurricane  is named?
In olden times a storm was named after  regional mythological creatures or saints.The official practice of naming a storm started only in 1945 in the west Pacific region at first which was gradually extended all over the world by 2004 or so.Concerned scientists and authorities thought it is easier to say Hurricane Matthew or any other name than remembering the storm by a number  or its longitude and latitude.A name is easier to be tracked or to be used in a communication it seems.

Who names a hurricane? And why only female gender?
It is World Meteorological Organization (WMO) that prepares a pre determined list of storm names.It varies from region to region as proposed by various countries. A list of names thus approved by WMO is used by rotation every 6 years.For example what we use now in 2016 was earlier used in 2010 and will be used again in 2022!But WMO will not use again name of an infamous,devastating storm -hurricane,typhoon or cyclone whatever.Thus you will not hear once again a Katrina or Matthew for obvious reasons.

The notion that devastating hurricanes have only female names is wrong-at least for the storms arising from Atlantic regions.In order to avoid a gender discrimination,in this region as per WMO 50% of storms have female names while the other 50% have male names,Matthew included.These names are being used alphabetically and alternatively.Thus if a 'female' hurricane is more ravaging it is by sheer coincidence!

In this matter Indian stand seems to be more secular or non biased on genders.India uses only  names after abstract bodies like Vayu,Agni,Akash,Jal etc.(meaning wind,fire,sky,water..in Hindi or Sanskrit) for stroms. Interestingly Pakistan preferably uses Muslim female names such as Fanoos,Nargis,Laila,Nilofar.....for the storms arising from their region!

Cure is better if cannot be prevented!

Matthew could not harm US the way he has done with Haiti only because US was much better prepared to face such calamities.When it comes to disasters related to natural calamities,Japan comes to my mind first.20% of Earth quakes of the world Japan accounts for while over 2000 tremors occur there in a year which are above 1.0 in the scale!It has 40 active volcanoes,10% of the total in the world.It has to face innumerable tsunamis.Yet Japan remains as one of the most developed countries with a high standard of living.Even they could make a live volcano like Mount Fuji an international tourist spot!!It is done by a grandeur vision and sheer commitment by the Govt and the people. 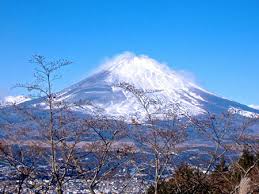 Learning from the past,Jap Govt has enforced strict measures to make the buildings,roads and bridges more resistant to earthquakes-even to safety levels which can face quakes of intensity of 6.0 or 7.0 in prone areas of the country!!Every house hold is encouraged to keep a survival kit consisting of sufficient food and water for days,a torch,first aid kit....Regular mock drills are arranged and practiced.Children from young age are taught how to keep cool and face the situation.Understandably Japan has learned how to survive better over the years, keeping the deaths and material loss possibly lowest in the world in similar circumstances.

During our visit to Japan last August, it was around 8.00 PM local time one day at Tokyo. We had just returned to our room in 22nd floor of the  hotel after a day's sight seeing.I felt like a slip below my feet twice-a sign for a tremor which was conveyed to my wife Geetha. She didn't give much attention since she thought I am 'imagining' things as getting older.I looked out of the window down and everything was in order either-cars were plying as usual in the brightly lit roads and pedestrians were walking!I was about to believe that I was 'imagining' myself when Anu, our daughter in law gave my wife a message thru whats app from India-"Are you both alright?Heard that Tokyo was hit by an earthquake!".She was passing an internet flash news noticed by her cousin which was promptly conveyed to her since he knew that we were in Japan on holidays.Soon we could also confirm from  internet that what she had conveyed was right. What I felt myself was after shocks of an earth quake of magnitude 5.0 with epicenter 65 km off Tokyo city!Everything remained in order!