"THAT'S TOO HOT !" UNFOLDING EVOLUTION OF TRADE MARKS IN BUSINESS.....

My interest in business trade marks might have started while I was doing my 12th grade in high school(Pre Degree). Although mostly limited to Indian trade marks, I used to derive some sort of fun or enthusiasm in bisecting the trade marks to find out what is hidden in them. As years passed it increased but limited to Indian scenario since the country was not opened up. With my arrival in Qatar in mid 1984 where almost everything was imported from the rest of the world, it was a feast for my interest in trade marks hunger! I still remember the great fun I used to have in this field in quizzing with my good friends D Souza, Jomy and late Prakash. Thank God my interest in trade marks and captions and slogans in business still continues unbated at my 72 !

A trade mark is essentially a recognizable sign, design or expression. It is a type of intellectual property which defines a product or service of a particular source of business organization. If you think that this subject is a drab or lifeless topic you are far from it. I am not going to explain here how we can have registered trade marks for our products legally but how we have reached to the level of identifying a product for its popularity or quality seeing a trade mark! How it evolved to what it is today from Mesopotamian days in 3500 BC. 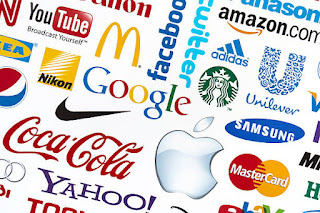 What ancient history says...
First traces of trade marking in history was in Mesopotamia followed by Egypt and China. While bricks and roof tiles had specific markings in Mesopotamia around 3500-3200BC,Egyptians and Chinese used personal markings to claim ownership of livestock. However Romans were the first in the world to leave distinctive on many products they produced such as decorative vases, grave stones, roof tiles, tableware etc to stamp as a measure of quality , other than identification.
Although it may not be a trade mark in the business sense of it, it could be interesting to note that early Christians in the first and second century who were facing persecution under Roman empire used to identify between the Christians secretly by a mark of Ichthys's  fish as below! It was so derived from the Koine Greek pronunciation of 'fish' which actually meant Jesus Christ, son of God, the Savior, if translated to English. The Cross which is international representation of Christianity was recognized few centuries later only after Rome declared Christianity as state religion.

First trade mark law emerges...in England, France and US
In 1200 in Britain, massive frauds on quality of bread baked was rampant. In order to stop or at least control such frauds, in 1266 King Hay III of England passed a trade law which is considered to be the first of its kind in the world. The law insisted that all bread makers to place a mark on the bread they produced and sold so that on quality issues they can be traced and punished! In 1363 silversmiths were required to mark their wares. Soon after in 1400 every printer of books had to put their markings. In 1862 England passed 'the Merchandise Marks Act' to be followed with  comprehensive laws on the subject in 1905.
The French came out with 'Manufacture and Goods Mark Act' in 1857 but by 1751 in Paris furniture makers were asked to put their marks on the finished products.
In US trade mark law had to meet a series of changes from 1870 to 1946 with the Lanham Act spelled out to be comprehensive federal trade mark protection rules and statue that governs the trade marks.
Signs of trade marks..and the oldest!
I am sure that most of us know  the following marks which we notice in every day life on almost everything we use.
TM- unregistered trade mark
SM- unregistered service mark
C within a circle denotes Copy Right and
R within a circle denotes Registered
It would be interesting to know the history of some of the oldest registered trade marks in the modern commercial world.
Czech beer trade mark registered in 1859!   Pilsen is a city now in Czech Republic where this type of beer is born.
In Britain the first trade mark registered in 1876.Bass & Co  Pale Ale!           Once the Bass was the highest selling beer in UK and its red     triangle was the first registered trade mark there which was in 1877. 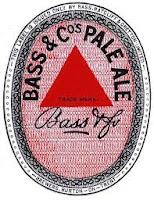 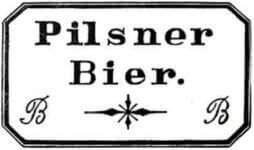 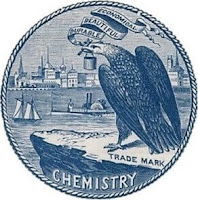 In US the first registered trade mark belonged to Averill Chemical Paint Company with an eagle holding a paint can in its beak! That was in 1870.
The oldest 10 logos registered include those of Shell, Stella Artois ,Levi Strauss, Heinz, Peugeot and Coco Cola.
The top among the most valuable brands in the world as on today include Amazon, Apple, Microsoft, Google, Visa ,Ali Baba and Tencent.
And the weird stories...
The weird stories related to trade mark rights never ends.
The famous DJ Paris Hilton had made a massive impression with her catch phrase "That's hot"! And she trade marked it!! She had a long stint in the court with the famous firm Hallmark over that. In 2007 she won the case with an out of court settlement with her opponent .
Tiffany &  Co, the giant among jewellery merchants had trade marked their shade of blue. So also  the yellow colour of 'Post it' which we use every day is trade marked by 3M!
The ringing of opening and closing bells of New York Stock Exchange NYST also is trade marked, if you don't know. Another sound  which is trade marked is 'Tarzan's yell', by Edgar Rice Burroughs the author of ' Tarzan of the apes'. Have you ever heard the sound of a cigarette lighter when opened? The famous brand Zippo had  trademarked theirs. But the most famous sound which is popular and trademarked is-yes, you guessed it right- the roar of the MGM lion!

Cadbury, the famous confectionary maker in the world could trade mark its famous purple colour till 2013.But thereafter it couldn't because their rival Nestle objected. You will remember Usain Bolt , the famous runner who beat a lot of records. He had trademarked his signature lightning bolt victory gesture as above!!
Tail piece...
I was curious to find out the first trade mark registered in India. It was Buchanan & co Ltd , a British firm for their Scotch whisky brand of Black & White done in 1942!That's a good start I would say......
_________________
Posted by Chacko at 09:50