Impact of TRIPS on us !

A week back Ajo , our IT system man at Al Balagh, the place I work, met me to explain an unusual scenario. An international software company having solutions in Structural Engineering from their  regional office in a neighbouring country is pestering him that one of our computers has 'infringed their intellectual  property rights' and as such we have to buy the legalized software at an offered exorbitant price or face consequential legal action while our man swear that none of our hundreds of computers have done so . Aside the fact how we resolved the matter, my thoughts went more deeper on the subject later. All of a sudden from a stand that protection of intellectual property rights is a must for the innovator, the consumer also could be ' a victim of circumstances', I have learnt. All of a sudden such copy right holder can ' threaten' the innocent consumer with legal consequences on a fast move and then it becomes the turn of the consumer to prove innocence!
For most of my readers who are not exposed to related business or the topic could be very 'boring' but I promise I have done the best to make it  simple and interesting as possible .Nevertheless the basic knowledge on related topics would be inevitable for survival for anyone in the present and futuristic world the way innovative Scientific, FMCG and IT products are flooding the market!

IP -Intellectual Property?
IP is creations of human mind - of an individual or a group or a firm. Inventions, literary and art works, commercial designs and symbols fall into such creations.IP is protected by law such as patents, copy rights and trade marks. Such laws are aimed to give a striking balance between the innovator and the public end users to encourage innovations to take place more and more in the world for the benefit of both .

All known civilizations - Mesopotamian, Egyptian, Greek, Roman, Indian, Chinese....all have contributed for the growth of the societies including many remarkable inventions which followed but were not 'clever' to protect the IP. Thus the originators of gun powder , yoga or paper...all lost the chances of making  fortunes!

Trade marks
When man started making painting of animals repeatedly in a peculiar way in caves and later making seals on pottery and bricks in pre historic days , the history of trade mark had commenced.

In the modern history, it is recorded that in 1266 some bakers in United Kingdom stamped their marks on the bread. It was in the eighteenth century a trade mark legislation came in the world for the first time . It was surprisingly in a country which was relatively new to the world- United States , followed by many European countries. In 1883 first international trade mark agreement came to existence. First trademark protected by the IP was Coco Cola for a tonic beverage in 1887. Pepsi Cola came to the scene in 1896 while Quaker for oats in 1895. To this day the most popular trade mark in the world remains to be Coco Cola bottle  ! 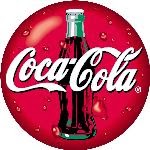 Some trade marks such as Aspirin and Thermos were so much used by the public that they became generic names.

Patents
Patent is exclusive right of an inventor given by a country for a limited period of time generally 20 years. In the modern history of the world the most prolific inventor and patent holder is none other than the famous American scientist Edison. He had 1093 patents registered to his credit . He held that record for a long time till in 2003 the Japanese inventor  Shunpei Yamazaki broke the record with 3193 patents. Currently the title is with Australian Kia Silverbrook . He has 4629 patents to date to his credit!

Again in the case of patents , US took the lead for legislation. In the early years of the nineteenth century , King Camp Gillette ( safety razor), William Kellogg (corn flakes) and Willa Carrier (air conditioner) all had patented their products to cite a few. They all had the advantage of their innovations commercially  for the same reason which keep them the most sought after brands in the world even today. We all know the 'live' row on patents between the Apple and Samsung.

In a lighter note I wonder why The American President Theodore (Teddy)Roosevelt , 26 th president missed his chance of making a fortune in 1902. Had he been commercially  alert ,our 'Teddy Bear' , the most popular toy in the world could have patented in his name since he was instrumental in giving the toy such a name!! 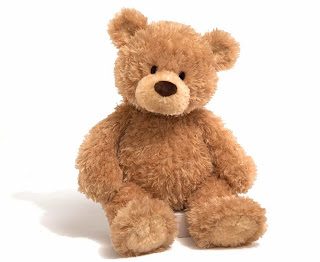 Copyrights
Again copyright laws were formulated and legalized in UK in 1710 and in US in 1790. Sooner or later all European countries followed suit. Copyright is not limited just to literary and artistic works but include photographs, paintings, movies, sculptures, computer software...the list is nearly end less among the products we use day to day.

International organizations related IP
World Trade organization((WTO) with 159 countries on board and World intellectual Property organization(WIPO) lead the IP related issues in the world. Trade Related Aspects of the Intellectual Property Rights (TRIPS) is an international agreement administered by the WTO. Right from Switzerland , the country which stands 1st in the Global innovation Index rankings to Pakistan,Sudan and Yemen with bottom ranks try to agree together how to go about the IP with their periodical meetings.

World Book and Copy Right Day is 23 April each year . UNESCO celebrates the day as World Literature Day aimed to promote reading, publishing and protection of copy rights. Interestingly UN chose the date of 23 April because it is  on that day in 1616 that  three giants of literature died- Shakespeare, Cervantes and Inca Gracilasco de la Vega. 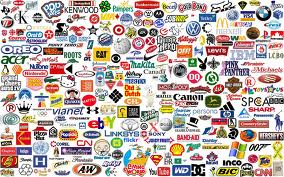 Emerged , emerging and poor economies..
It can be found that US took initiative in legalizing IP in the world. It was also US that took lead in inventions since 18th century among the countries in the world. Both actions are compatible to each other and as such US followed by most of the European economies got strengthened by this act in preservation of their technical and commercial interests while almost all the  countries in Asia, Africa and S America  remained mute spectators of what's going on. There was no 'problem' as long as the status continued but towards the end of the twentieth century few countries like India and China among the poor lot started emerging scientifically and commercially started raising their concerns to some clauses of implementation of TRIPS.

Ancient India and China might have contributed the maximum to inventions and philosophies of the world of that time . But they never thought or knew how to protect them . Later India was colonized by so many invaders of many kind and India had a very dark period. The plight of colonized India was so poor that while being the largest producer of cotton in the world, Britain  took the cotton at cheap prices to Manchester mills and exported back the textiles to India at fancy prices ! Indians were not aware of even  human rights those days, forget about copy rights. After India got the independence also awareness in the matter was not adequate. India got a 'slap' on the face and woke up from the 'sleep' when an American company was given patent for Basmati rice ! That was late as in 1997. Aromatic  Basmati rice is grown in the world only in India and Pakistan . Basmati rice to India is like champagne to France. As far as I know the row is still live and India and Pakistan has joined together - a rare context- to fight this out .

China and India having average and below average  Global Innovation Index ranking of 35 and 66 respectively among the 142 as of now is expected to advance in the decades to come. Social fabric of these countries along with the newly acquired scientific advancement  and huge populations, some of them still poor but not ' intellectual poverty' ridden  , makes these countries to 'challenge' the existing IP laws which is not liked by the west. In the month of August 2013 the Swiss multinational drug maker Roche had to withdraw its patents for the breast cancer drug Herceptin  in India. Earlier India had similar tiffs on drugs with companies like Pfizer, Bayer AG and few firms in the IT. India making strides in scientific research is not without criticisms and understandably so ! 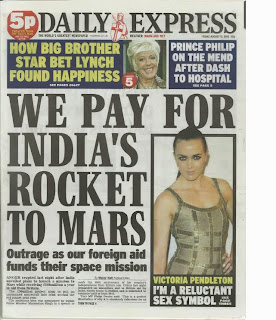 One from UK press

While the patent holders of the west think that Intellectual Property Rights as of today is a must lest it will harm the patients and customers as well as the investors when they have to spend a lot on R and D, countries like India , China and few others think that they are simply expensive absurdly for their people . I am sure the silent 'war' will be on for years to come but patents and brands are here to stay for sometime. 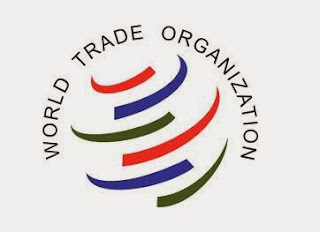