Self respect and respect to others brings respect of others .This fundamental is very true not only in human beings but matters in case of countries as well . Unless Indians don't respect their own currency in India,  how others are expected to....Any visit of mine to any Indian duty free shop will  trigger this thinking , last being few days back ! 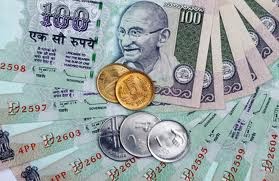 Whats is after all a duty free shop ? Why Indian duty free shops are different?
Everyone knows what , where and why a duty free shop , no doubt . But I am sure the perception about a duty free shop differs from person to person . If one thinks  that duty free shops are only for the luxury items or liquor , I have to differ . Even chocolates or toys or souvenirs or fridge magnets are available there. Duty free shops are places where good branded genuine international products are available at the cheapest prices . It is also a place where host country's products of repute are displayed to the outside world . It is not limited  just for the rich traveller but common man as well . I have seen very often the rush of the people including the very common expatriates shopping in such places in the airports of Arabian Gulf states. Duty free shops which are located in the departure/arrival terminals after check in  and immigration clearance make the buyer feel at ease and select few goodies at his or her leisure time . Window shopping is even better !
In case of  tourists who have spent few days in any country , duty free shops are convenient places to spend the excess local currency the tourist might have accumulated with during their stay,  to buy mementos , local products or any other goods to take home . But not in India . India will accept all major currencies of the world but for the Indian Rupee !! As if we are eager to say the outside world that our Rupee is not trustworthy !!!
Where is India now ?
India joined the ranks of the major currencies of the world adapting a symbol for the Rupee in July 2010 . India is a G 20 member . India is a country with a foreign reserve of $ 300 billion plus while economy is growing at a rate of 5-6 % as of now . India is one of the largest 10 industrial giants ( although it lands up at times to total electricity outage in  half of the nation due to 'technical glitch' ) . Despite the fact that value of Rupee has gone down in recent months , Indian Rupee symbolises the strength of the economic system and rising prowess which is recognised the world over .
But for some strange reason India refuses to accept own currency at own duty free shops !! Interestingly this happens only in duty free shops which is fully owned by the Govt . All   other shops in the same vicinity owned by private owners or even some semi Govt ,  welcome the Rupee.
Quite a number of Indian and overseas organisations and handful of members of parliament have raised this issue over the years but not with much effect .  Journalists have written articles many times . Civil bureaucrats , who rarely travel abroad or lack exposure to international crowd but controls the ministries , have not given much thought about this , it seems. Under certain conditions Indians on a trip abroad can spend some small monies ($135) in own currency at Indian duty free shops as per a rule made in 2005 .
Apparently India might have decided to accept only foreign currencies soon after she became a republic in 1950 , when India was craving for foreign exchange  and was begging around the world for financial aids. 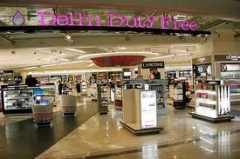 What others do?
I did some research on the subject. The fact I could find is surprising . None of the BRIC countries or G10 or G20 countries treat their own currency the way Indians treat !!  All these countries welcome their own currency as priority in their duty free shops along with other major currencies of the world (Indian currency not included) !!!  China displays the prices only in RMB ,  while Russia in Roubles , Brazil in Real and Mexico in Pesos.......Some of these countries was in a similar state of what is in India but changed years back .
What about local products ?
Indian duty free shops  displays  Indian products such as tea , spices , handicrafts etc  . Most of these products the westerner is thought to be after from the time Vasco Da Gama or East India company landed in India . It is fine . But now the international traveller would be equally interested if not more , in world class Indian brands of modern products such as in textiles , leather , computer hardware/software/peripherals... because tea and spices will be available in all the supermarkets of those countries . Duty free shops are excellent places to show case home grown products which are of international standards or intended to be promoted to be so .
Conclusion
When India is on a drive to have world class international airports , it is high time that India rise to the occasion . While other countries look at India and expect to take a front seat in the new world economic order , it is high time that India takes a seat.
Than being just an armchair critic , I thought I should do what I can in this matter . I have written not less than 5 times  all these years in the suggestion books kept in those Indian duty free shops . I have sent  2 mails each to Govt secretaries and Union ministers who handle this  . None responded or even acknowledged .Then I thought it will be a better idea to bring to the attention of the Prime Minister himself . Searched for the PMO web site and has sent a request . An auto computer generated acknowledgement is received . This much this far .....