THEY LOVE BASEBALL IN CUBA THAN FOOTBALL!

Recently, citizens of Cuba got a new President-Miguel Diaz Conel. Cuba is neither a rich country nor powerful, politically or militarily. Yet the world press gave a good coverage to this news. Miguel is the new face to steer the country after Castro brothers-Fidel and Raul who have been ruling Cuba since 1959. Fidel Castro headed the country till 2011 when he stepped down due to poor health. He died in 2016.

Cuba under Fidel Castro has been 'apple of my eye' for few nations while many others thought just the opposite. Fidel remained a hero for some- my own state Kerala included- but at the same time a villain or even tyrant for others !Strategically positioned very close, almost in the lap of US, Fidel Castro led an armed revolution which toppled the Govt of Batista in Cuba in 1959 which was against the interests of US. The event and the policies of the new Govt thereafter had many repercussions both in the national and international fronts about which we all know.

But what many of us may not know is that over Cuban affairs the whole world stood still for 13 days fearing break out of a nuke war. Worse, the Presidents of US and Russia(erstwhile USSR) kept their fingers on nuke buttons since there was no hot line then. Americans call it as 'Cuban missile crisis', Cubans calls it 'October crisis 1962' while former Soviet Union named it as 'Caribbean Crisis'...the word crisis was common among them....Read more to know about the pivotal and catchy role played by a football court in Cuba in the context, many of us are not aware of.... 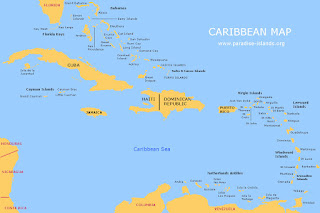 The event as I remember...
1962.I was in my early high school classes when the event took place. I don't remember anything other than that a third world war was in the offing.And the fight was between US and USSR(popularly known to us as America and Russia) over nuclear missiles placed in Cuba. I do also remember having read a lot about Kennedy, much less about Khrushchev and hardly anything about Castro in the newspapers! Those days India was more depending on news supplied by Reuters or Pravda than anywhere else. I had to read at least headlines and sub headlines of two newspapers delivered home everyday compulsorily. That was the rule at home. One was in English and the other in Malayalam. When I look back I think I have to thank my appa and amma (father and mother) for that.....

More or less at the same time, India was facing a major problem on her borders-Chinese aggression. This could be also a reason why I have been covering the newspapers those days.

The event as actually happened.......commencing with failed Bay of Pigs invasion
Birth of a communist regime headed by Fidel Castro in 1959 in Cuba, a tiny country within arms reach of US-about only 90 miles- was intolerable for them. To make matters worse the communists had toppled a  Govt which was very friendly towards US, if not a puppet one.

Under the direction, training and funding of US, a group of Cuban exiles in US made an abortive effort to overthrow the communist regime. For obvious reasons the misadventure was organized from Guatemala and Nicaragua through Bay of Pigs closer to Cuba. That was in April 1961.Castro himself personally lead the counter attack and finally won. But he knew that every time he cannot be the winner against the mighty US. That's when he looked out for a permanent solution from his advisers and supporters, the Soviets.


Why the Soviets decided to place nuclear missiles in Cuba
The Soviets were very uncomfortable since US installed nuclear missiles in Turkey in 1959, a bordering country. In few minutes some of the cities in USSR could be decimated, that was the situation. When Cuba asked the Soviets for help for the very existence, Khrushchev thought it is a chance to kill both birds with one shot- to counter installation of nuclear missiles in Turkey and to deter further adventures of US on Cuba. And they also wanted to show the world those days that they care for ' newly born communist babies' under any circumstances.

USSR and Cuba jointly decided to have the nuclear missiles planted in Cuba but wanted to do such an installation discreetly. The Soviets launched a secret operation named 'Anadyr' for the purpose. And the first phase was successfully over but then...

They love baseball in Cuba than soccer....
As we all know the whole of South American countries love Football or soccer as Americans call it. But with an exception of Cuba.'Beisbol' as baseball is known in Cuba is the most popular and official sport of Cuba to this day.

On 14 October 1962, a US spy plane on its routine reconnaissance over Cuba noticed construction of a modern soccer(football) field. It gave a ring in somebody's brain because not only that soccer is not popular in Cuba but very popular among Russians. Going after such a clue before long the US could identify some of the missile sites already progressed by the Russians in Cuba.

On 22 October 1962,President Kennedy addressed the nation and rest of the world about the presence of the missiles in Cuba. He also conveyed his decision to enact a naval blockade around Cuba, demanded withdrawal of the missiles already installed  and announced deployment of US military force to stop further,  if need be.

24 October 1962....That was the day world expected a spark!
A naval quarantine set by the US unilaterally came to force on this day. Soviet warships bound for Cuba neared the line of US vessels enforcing the blockade. This was the day the whole world expected a military confrontation between US and USSR which could have instantly escalated to a nuclear world war. But the Soviet ships stopped few miles short of the firing range of US ships in the  blockade!!The world heaved a sigh of relief!!

The tense stand off between the super powers continued for few more days. Finally USSR agreed to remove the missiles installed in Cuba against the assurance of US that it will not invade Cuba.US also had to agree to the removal of missiles installed by them in Turkey against USSR. But US wanted this to be kept as a secret between the two nations. For reasons best known to Khrushchev, USSR agreed for that too. World press made Kennedy a hero out of this episode. Khrushchev who could come out equally with a win win situation had to face criticism from communist countries since the removal of US missiles kept in Turkey had to be kept as a secret as per negotiated terms with US!!Cleverness in negotiations always win!!