FROM COOLIES TO CEOs...ENTHRALLING TRAIL OF INDIAN DIASPORA

India being one of the oldest and rich civilizations of the world always charmed invaders,merchants,adventurers,learned men,asylum seekers and travelers from all over the world all these years.But in contrast Indian diaspora-Indians settled abroad- is comparatively young-only over two centuries old, except otherwise in stray cases.

It is an irony that the very developed nations who thought of employing Indians as coolies two centuries back now happily employ Indian professionals to run their companies,hospitals,scientific institutions,Engineering projects and universities.It includes Nobel laureates,CEOs of Fortune 500 and other lead companies,specialist doctors,eminent scientists and engineers,top finance,legal and IT professionals.....businessmen...... notwithstanding the fact that Indian blue collared labor in thousands still flows out to many countries!This is not an isolated bubble in US or Canada but in many European, West Asian or Far Eastern countries.

Coolie is a term used in for unskilled Indian or Chinese laborer by the west. In India too the word is innocently used to mean a person who indulges in labor or a porter in a railway station.Many who don senior positions in alien lands now may not be aware that the first trade of an Indian who worked abroad was that of a humble coolie- may be three or four generations back!! Here I am taking current stock of the Indian diaspora in which I have first hand exposure while recalling how and when it started! 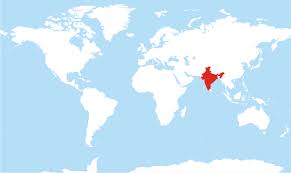 India - a rich country with a poor people!How and when Indian diaspora started...
India is a rich country-always had been-in culture,wealth,scientific knowledge..... but unfortunately was in controls of a small percentage of population due to social system prevailed or invaders until independence. Poverty and illiteracy among a good  section of people was exploited well by that small percentage or invaders like in any other old civilizations of the world.Due to lack of contacts with outside world then or due to self withdrawn character of the society, India missed the chance to hop in the bus of radical change - Renaissance,Reformation,French Revolution and Industrial Revolution- in 14th century which changed eventually Europe to better conditions! But for a small percentage of population which was rich,educated and cultured by any standards,Indians remained by and large a poor people within a rich country  as mute poor subjects to local kings and chieftains, invading conquerors and colonists until independence in 1947!

Except for migration of Indian traders in small numbers to East Africa and South East Asia or in case of gypsies of Indian origin, only towards mid of 18th century that Indians started working outside the country. The British who were in power in India, once got consolidated,'wisely' decided to use Indian unskilled labor-known as coolies- in sugar,rubber or oil palm plantations and construction sites in their other colonies-Malaya,Burma and Mauritius.By 1878 it extended to Guyana,Trinidad,South Africa,Suriname and Fiji. As mostly from poor,down trodden and discriminated class of Indian society, workers on menial jobs went abroad on indentured basis-written contract,Indian diaspora has started.The British preferred Indian coolies over local labor because it was cheap,works well under supervision and easily manageable.So also Chinese labor was also simultaneously used by the British.The main difference of Indian laborer with a Chinese was that most of the Indians lived those days too with families and eventually settled in those countries!

Independence of India predictably drove the last nail to British Imperialism. All those countries mentioned above followed India in getting freedom.Indians who had spent two generations by that time there had become part and parcel of those countries in various professions and careers including own business and contributed to the economy .Educated professionals from all classes of India joined that crowd after independence!

To West, Ahoy!
People who migrated to UK from colonial India initially in late 18th and early 19th centuries were mostly menial job seekers. In spite UK is far from India, better living standards,educational,career and financial opportunities available there made it an attractive destination for Indians thereafter.After 1947 when India became independent the flow thickened considerably.Today Indian community in UK is a thriving one in various professions and business, the same way Indian 'curry' has become popular among the British.

As early as 1960s and 1970s,Indian scientists and engineers have been working in NASA,Boeing and classified US Govt owned scientific labs.Indian doctors are rated as one of the best available in the countries such as UK,USA,Canada and Australia....in US being the most sought after!There are noticeable percentage of Indians among teaching faculty of several US universities including those in Ivy League ones.There are quite a number of Indians working in IT industry including those who work in Indian owned such companies operating in US.Indian nurses always preferred US as their first choice.Notwithstanding the fact that there are quite a number of Indians employed as taxi drivers and skilled technicians, para medical staff, those who work in traditional business of real estate and retailing, per capita income of Indian community in US is 60% higher than average per capita of the country shows where an Indo American stands in the society.

West Asia..Gulf states
Following oil boom in late 1960s and 1970s,countries such as Iran,Iraq and GCC countries (Saudi Arabia,Kuwait,Oman,UAE,Qatar and Bahrain) became prominent job donors.They were in a hurry to develop their basic facilities and infrastructure using the newly found wealth.Deprived of own skilled labor those countries offered job opportunities to all but the extreme climatic conditions without air conditioners or acceptable living facilities attracted only few.

Historically the GCC countries had a long and live relationship with India esp places in Kerala,Hyderabad and Mumbai.Unemployment among the youth of Kerala encouraged them to go to Gulf states who worked initially as drivers,maid servants,shop assistants,office peons,helpers and the like in sixties or early seventies.Those who were graduates found opportunities to work as accountants,office assistants,salesmen.'Malabar' stood for India among uneducated Arabs those days!..Unemployment or under employment among engineering degree and diploma holders in Kerala and elsewhere in India in the seventies made them to make a dash to GCC countries who found green pastures soon. Establishment of large hospitals offering lucrative salaries made professional nurses and other para medical staff from India run to those countries and the same trend continues to this day! It may be interesting to note that almost all the local Arab households in Gulf states employ mostly Indians from Kerala as drivers to this date. In the same way almost all neighborhood convenience stores- grocery,vegetable,meat,fish shops- and small and big super markets are run by Indians in silent partnerships with locals! 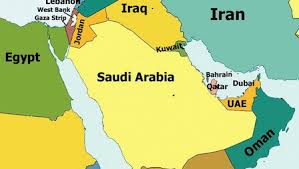 Came 1990s, the flow continued from all over India.So also from many other countries.By then the local Arabs had the taste of all work cultures of different nationalities employed in GCC from West,East,Far East,Other Arab,Africa,Indian sub continent.... but the chemistry between Arab employers and Indian employees worked well. The Arabs had much more faith in the enterprising and loyal Indians among all.Demand for Indian visas sky rocketed in those countries. Indians reciprocated with their warmth and sincerity ultimately occupying 50-60% of total expatriates.

Mainly two factors which prevailed in the GCC countries those days made professional Indians also to go to Gulf states at this time. First the local Arabs appreciating the skills of Indians started employing them in the managerial and senior positions or offered business partnerships,a trend until then reserved for other Arabs from non oil producing countries and the British, like in Qatar.Secondly the first phase of development was over in those countries which offered better living standards than in India those days.Thereafter professional engineers and managers, chartered accountants and specialist doctors from all over India also joined the diaspora while the para engineering ,para medical and blue collared workmen continued their presence.As of now increase in salary and job opportunities in India,while prices of oil has dropped drastically  may affect the quantity and quality of flow to GCC countries at least temporarily. The fact that foreigners will not be given citizenship under any circumstances in GCC,makes qualified and professional Indians to look for the west.But to have a lucrative executive tax free career for few years and back to India,Gulf is still attractive!

East...Australia and others...
Indian diaspora in Singapore among all the eastern countries is the most significant- over 9% of total population which has a history of two centuries.
In Australia most of the Indians have settled in the current century.
In the African continent other than South Africa, Indian diaspora has a significant impact in Kenya,Uganda and Tanzania.
Maps: Courtesy Google.
__________________
Posted by Chacko at 13:04