'THE BEST COUNTRY IN THE ENTIRE WORLD'!

Of all the countries in the world which is the best ? Obviously it is India for me. I do not have a problem with any one who does not agree with me unless he or she is Indian by birth.I am of the opinion that for anyone three fundamental factors,based on which one's personality depends, are non negotiable- mother, mother country and mother tongue. From my early school days- when I stood in line in St Alberts school's morning assembly to the  other day, as the tune came out of a cab while in reverse gear just in front of my house- whenever I listen to 'Sare jahan se acha'(better than the entire world it is....), my heart used to pump more blood to my veins which makes me feel something more than listening to any other patriotic songs, for that matter any songs.When I started growing up , while in university to be more precise, I used to wonder why that song was not selected as national anthem of India in spite most of the citizen adore. Only later I could find out why........ 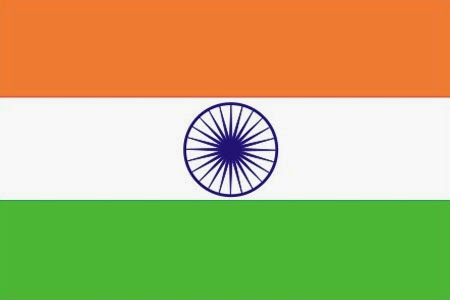 
Patriotism does not limit to any anthem,flag or any symbol. For that matter not even a game, as the way cricket is projected among Indians! It is a state of mind ,acquired or natural as one is born and grown up in a country. When someone adapts another country for a living, one has to take an oath to be loyal to the constitution of that country. But I do not think that it makes one patriotic however the 'naturalized foreigner' tries! One can be loyal but not exactly patriotic! It comes more by birth than other factors. It is a sort of relationship one has with own mother... with mother country as well. Plus in case of Germans and few others where they call their own country as 'father land' and not mothers!

Earliest National Anthem
As a nation is born, along with the flag ,an anthem is also selected as we all know. Generally such anthem reflects the past history and traditions of that country which is played at ceremonial occasions or at certain sporting events or stage performances. The earliest one- anyone can guess- is the British anthem,'God save the King/Queen' which came to existence since 1740. Probably it must be the mostly played anthem so far in the world. With a lot acquaintance with the British over the last three decades in work and business , I think they do not miss a chance to play the hymn anywhere in the world even today.

Whenever a British business delegation visits Doha, British Embassy arranges a reception to to them along with a selective local business crowd . Generally it will be in the embassy premises or hotels.Once -could be in 1994- such a visit of British business reps coincided with the friendly visit of a British war ship to Qatar. The British authorities promptly arranged the customary reception of the visiting and local business men in that frigate which was docked at the Doha port. I still remember the pomp but appreciative  way of reception there with playing 'God save the Queen' at the commencement where in most of the crowd was non British. They could mix their national pride with international business making us all salute or pay attention while the Union Jack was furled! I would say it was a smart thinking.

Indian Scenario
During the peak of freedom struggle and towards India got independence in 1947, we had a short list of three anthems from which one was to be selected-Sare Jehan se acha,Vande Mataram and Jana Gana Mana.....

'Sare Jehan se acha'
Even Dr.Allama Iqbal who contributed this beautiful poem in 1905 in the context of undivided India (Hindustan) which eventually parted also as Pakistan and Bangladesh might not have thought about the popularity of this poem among Indians a century later as he became one of the creators of Pakistan  after he penned down the poem. Mahatma Gandhi loved this song and used to repeatedly sing whenever he felt for it especially while in jails. Originally written in Urdu, I shall give below the official English translation. I love it for the contents and the way it is tuned -while as a student for the tune but later for the lyrics. This song did not make it for national anthem for obvious reasons but considered to be one of the most patriotic songs in Indian to this day.

Better than the entire world, is our Hindustan;
we are its nightingales of mirth, and it is our garden abode
Though in foreign lands we may reside, with our homeland our hearts abide,
Regard us also to be there, where exist our hearts
That mountain most high, neighbor to the skies;
it is our sentinel; it is our protector
In the lap of whose, play thousands of rivers;
gardens they sustain; the envy-of-the-heavens of ours
O waters of the Ganga mighty, do you recall the day
when on your banks, did land the caravan of ours
Religion does not teach us to harbour grudges between us
Indians we all are; India, our motherland
While Greece, Egypt , Rome have all been wiped out
till now yet remains, this civilization of ours {it has stood the test of time}
Something there is that keeps us,our entity from being eroded
For ages has been our enemy, the way of the world

Iqbal! Is there no soul that could
understand the pain in
Yes, although other older contemporary civilizations- Greek, Egyptian, Roman- have gone out of the world ,Indian civilization remains intact very much to this day.

'Vande Mataram'
Vande Mataram was the symbol of freedom among Indians under British rule. It is written by Bankim Chandra Chattopadhya in 1876 using a fusion of Bengali and Sanskrit words. Interestingly Chattopadhya was a district collector under British administration but expressed his strong sentiments writing down this poem against the British who were trying to popularize God save the Queen among the British subjects !

Vande Mataram ,although popular among the people and political leaders, has to be dropped from the race for national anthem since it personified India as a goddess which some Muslims and Sikhs objected thinking that it is offensive to their monotheistic beliefs. Most of the Christians do not object to this song I believe since I have witnessed playing this song by children in the church hall for  national events.
In spite the controversies this song remains very popular national song.

'Jana Gana Mana'.
At the stroke of midnight on August 14,1947, the day India got freedom officially, the historic session of the Indian Constituent Assembly opened with Vande Mataram and closed with Jana Gana Mana, which was later selected as national anthem.It is written by the famous Indian freedom fighter and nobel laureate Rabintranath Tagore in highly sanskritised Bengali. First it was introduced in public in 1911 . Tagore himself composed and tuned the poem. Bangladesh also opted for another Tagore poem- Amar Sonar Bangla- later as national anthem.

National anthem of India with lyrics
-courtesy you tube

Image:Courtesy Google.
Posted by Chacko at 10:09