I  have been writing quite a number of articles in this blog so far on varied subjects. One matter which might have inadvertently  pop upped  in my topics could be about the Indian contribution to the rest of the world in civilization,culture, education and science. Especially I have trumpeted about how ancient India influenced others since we don't have much credibility to say about modern India, although we are getting better each day these days in many faculties lest the Indian Rupee is on a generous fall or girls are molested in the capital of the country or in spite of few western countries joke about the wisdom of having sent  space crafts to Mars - to join  the group of  just six countries to do that till date,while we have over crowded trains and buses plying crisscross across the country !

But now I am taking a 180 degree detour from my established approach to how others contributed to India and how others influenced us! First and foremost which comes to my mind is Herman Gundert,a German. But for him I would not have used my mother tongue Malayalam the way I am! We are that much indebted to him. He introduced the punctuation marks- comma, full stop, question mark , semi colon and colon to our language Malayalam, the least of his contributions for us !! As a foreigner he came, learned our language and contributed to improve our knowledge of our language!

How a German happened to contribute to our regional language, culture and  society long back? How much he contributed to growth of Malayalam , I would leave to experts in that field but it remains a fact that Kerala is one of the the most literate states in India today which is on par with Washington DC which is ranked as the most literate US city! 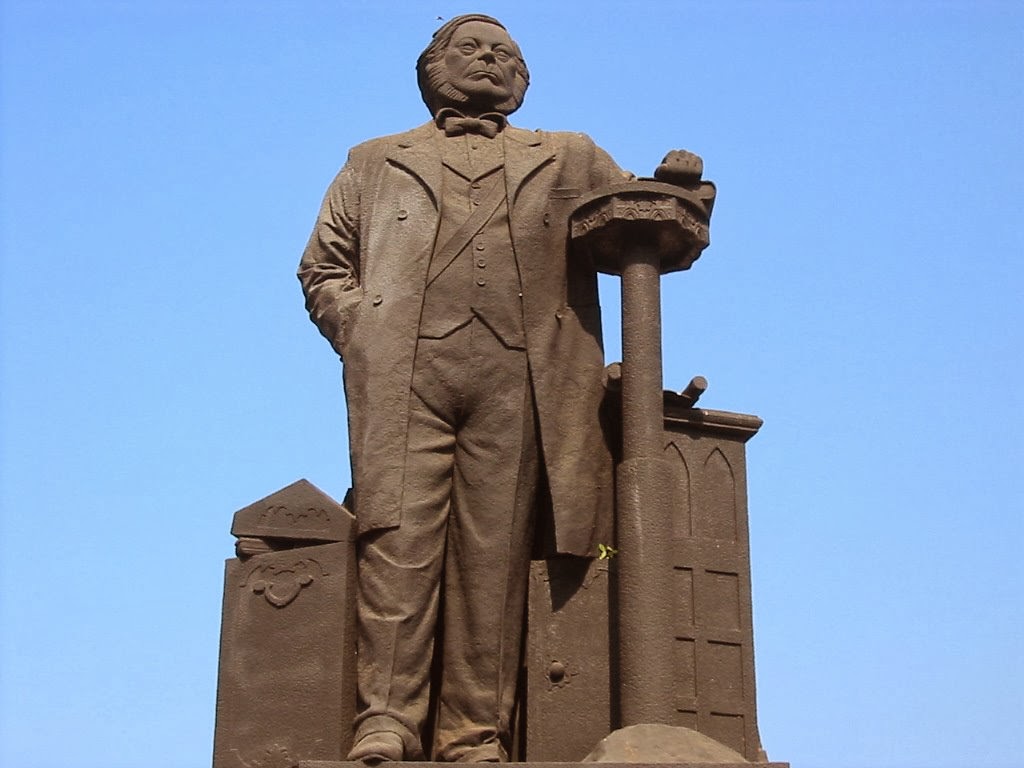 Statue of Gundert in Kerala

An ordinary human always conveniently forgets what others gave him over the years but remains sharp on what he or she gave to others. When it comes to societies it is the same attitude . Indians and Keralites are not different. We  have not forgotten Gundert but whether the recognition given for his contribution to the Malayalam language is enough or not is debatable. However it remains a fact that we have a statue of him in public in Kerala , a state where we don't keep many statues of foreigners!

Malayalam
It is a language used by Malayalees (also known as Keralites - those who live in the state of Kerala, India). It is spoken by more than 4 million people - not far from the number  who speak Danish in Denmark. It is one of the 22 scheduled languages, now given the classical status in India . Originated from one of the Dravidian family of languages, classical Tamil in the 6th century, Malayalam is having high influence of Sanskrit, a historical Indo Aryan language- could be mother of all languages- the grammar of which is written by Panini as back as in 4 BCE.

A Keralite is very proud of his language . And understandably so. Given a chance he would love to use that language wherever he is, outside the state or country. The joke in Arabian Gulf states is that one can survive here only with either Arabic or with Malayalam since one can hear Malayalam spoken in markets and even Govt offices since a large chunk of expatriates come from there! Once an Arab told me how Malayalam spoken by others is heard by him- as if few pebbles are put in an empty tin and shaken! Comparatively Malayalam is difficult to learn by others. This could be a reason why Malayalees learn other languages fast.

Surprisingly when it comes to Malayalam language , even one's religious influence has little effect . That's why Malayali Muslims use their mother tongue Malayalam, unlike their counter parts in other states who prefers Urdu. Christians also prefer to use Malayalam unlike theirs in Goa,Mangalore or elsewhere who would go after English than their mother tongues! In fact the common language Malayalam binds the Kerala society to one and has strengthened integration of various communities and cultures over the centuries.

Keralites expect expatriate communities from Gujarat or Punjab settled in the state to use Malayalam while the most of the Keralites who go to other states and abroad would even prefer to speak Malayalam in public and that too loud when met !! At the same time there are some Keralites in the state or abroad who prefer to use only English because they wrongly think it is superior to do so . Over the years I have seen many children are trained to use English as 'mother tongue' although their mothers may not be speaking good English!! Strangely this peculiarity could be found only with Keralites in the world as well!
As Malayalam evolved to what it is now over the centuries, it has the largest number of letters among the Indian languages, representing all the sounds of Sanskrit and Dravidian languages.

It is said that there are more than just similarities between German and Sanskrit languages. I understand that 'Shakunthala' the Indian epic written by Kalidasa in Sanskrit is translated to German as back as in 1791, which was a 'hit' those days having immensely appreciated by a number of German writers including Goethe.Another German scholar Eduard Roeer translated Rig-Veda to German in the eighteenth century.

In the modern times the 'swastika' which was logo of the erstwhile Nazi party in Germany which is banned now has the origin in India . Unfortunately it became synonymous with the Nazi party and as such it is looked down. From the Indus Valley civilization time to this day 'Swastika' is related to all 'Dharmic ' religions- Hinduism, Buddhism and Jainism and used as an auspicious sign! 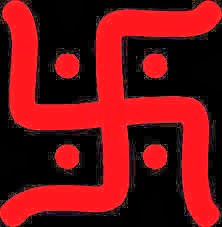 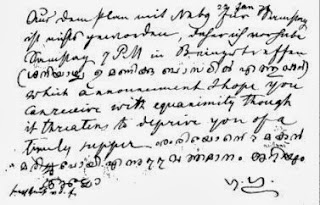