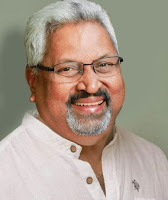 Mr. N.Govindankutty is no more. He breathed his last on 15th August 2022.He was one of the very best among my close friends  and a fine human being. Our friendship lasted over 50 years but while we were in Qatar that it flowered and blossomed the best. A big loss for me!

Mr. Kutty was a senior MEP Project Manager who was a very professional veteran in his field of specialization in execution of infrastructure projects. He was himself an acrophile- having no fear of heights- who had successfully contributed his professional service in high-rise structures of Dubai including Emirates Towers and Burj Khalifa, the tallest in the world!

The Empire State Building, Rockefeller Centre, The Chrysler Building, George Washington Bridge, United Nations HQ, Time Warner Center and a host of others....What is common for all these structures other than that they all are located in Manhattan, NY? Common architects and structural engineers? Construction methodology? Period of construction? None of these.

The common factor is that they are built into record heights by a group of men known as 'Sky Walkers'. But for their nature of having no fear of heights- acrophiles- with their skill in steel construction and riveting ,simply it would not have been possible at a time when techniques and equipment  of construction were not computer aided and modern as today! And fast  they did. The Empire State Building was constructed within a period of one year!!

Again it is not known to the outside world much that majority of those of 'Sky Walkers' belonged to the Mohawks Indians, a tribe of indigenous people of North America from New York State and Canada! Mohawks were there to construct World Trade Centre and also to cart away the debris of the same building after it came down on September 9/11.New York Times once wrote about them that " Like little spiders they toiled spinning a fabric of steel against the sky! 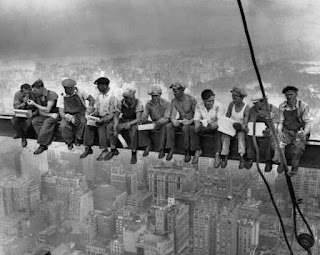 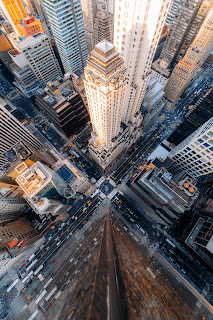 Mannahatta to Manhattan...
Historically Manhattan island belonged mainly to the Indian tribe of Lenape before colonization by Europeans which was known  as 'Mannahatta' meaning 'the place we get bows' in their language. The island was full of Hickory trees considered ideal for bows. Later it was bought by the Dutch from the Indians which was renamed as 'New Amsterdam' and finally emerged as  Manhattan. Henry Hudson, an Englishman who worked for Dutch East India company discovered it in 1609. While Manhattan remains the most expensive real estate in the world and show cases some of the beautifully designed sky scrappers in the modern world, Times Square is the most visited tourist destination of the world- more than 50 million annually! My interest in the skyscrapers of New York never ceases it seems and here trying to dig out more on the subject.
The race for the tallest building in the world!
The race for the tallest building in the world was not between two countries but two cities in the same country if you didn't know -Chicago and New York in the late eighties. American Surety Building in NY in 1895 was the first to be followed by others. However Chicago won the race later with opening of Sears Towers in 1974(now known as Willis Tower).Empire State Building, NY adorned the title to be the tallest for a long period from 1930 to 1970. Later it was dwarfed by Petronas Tower at Kuala Lampur in 1996,Taipie's Taipei in 2004 and current champion is Burj Khalifa at Dubai since 2010.
The first photo above which was clicked in 1932 at RFC Building, NY is iconic. It was on the 69th floor at 850 feet above GL and was publicized as a stunt for the popularity of the building but became symbolic with the period of The Great Depression which was looming large at that time. The same photo is also mistakenly circulated as atop the Empire State Building and Rockefeller Centre! The second photo is what New York looks like from the edge of a skyscraper.
Structural Steel enters as the main building material in US...
Henry Bessemer of Britain in 1856 remains as the father of modern steel making as he could develop a method of producing steel that was quicker and cheaper followed by William Siemens who could develop the technology further. But it was Andrews Carnegie of US who popularized steel as the main construction material for the skyscrapers of NY and elsewhere. Soon in the early 20th century US surpassed the combined production of Britain and Germany!! The huge fire which swept Chicago in 1871 might have surely influenced the designers of high rise at NY. 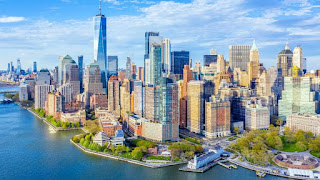 Enter the Mohawks!
In1880s the Canadian Pacific Railway Company was building a bridge in the Kahnawake Mohawk reservation that the authorities noticed the special talents of the Mohawk Indians- that they are more or less fearless while working at heights. Soon they were employed in the whole of US especially in cases of high rise buildings, that in steel. From 1930s to 1970 on special labour contracts they were employed in Manhattan towers. Those years we were not as modern as today  in safety matters- Safety, Health and Environments- SHE or HSE as known in the professional construction field. Many accidents have happened. But those incidents never altered the outlook of Mohawks towards their dedicated trade!
____________________________________
Posted by Chacko at 08:11